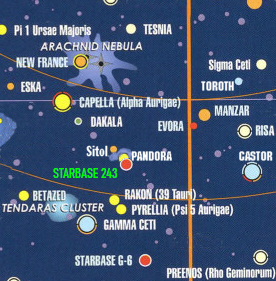 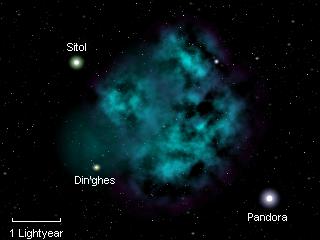 There is a sparse asteroid belt between the first and second planet.

Starbase 243 (Valkyrie Station) and Pandora Station orbit this planet, and its beaches are a common destination for the starbase's crew and residents.

The oceans on the planet are deep (up to 10 km), with one particular deep trench, the Poseidon Trench, reaching depths of up to 100 kilometers. A small scientific outpost is located against the edge of the trench at a depth of 90 km, manned by a small team of civilian scientists, mainly marine biologists, but also a couple of archaeologists due to the discovery of a large underwater, and underground, structure a decade ago.