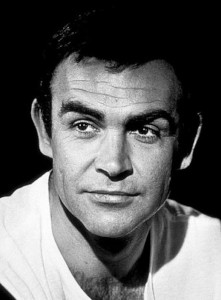 Marcus is heavily muscled, with short brown hair. He has an easy smile that matches with his happy eyes. But when he is focused, this changes. His eyes become seem to 'freeze over' and become really sharp. Marcus is always clean shaven.

Marcus was born to Zinoviy Aranov and Fabia Valerius aboard the USS Veracruz. His father was a Starfleet enlisted man and his mother was a Romulan diplomat. Two months after he was born, his mother resigned from her post. She spent the rest of life as a civilian cook.

When they moved to Starbase 6, his mother was hired as the Chief Cook of the Base. It was during this time that he discovered his own love of cooking. He and Fabia also grew very close during this period.

Alas, it was not to last. Fabia died when was seven. After that, he decided to take his mother's last name. Two years later, he joined this father when he moved to Starbase 12.

Despite losing his mother, his childhood was a happy one. His father spend as much time with him as possible. And with his help, he became a top notch chef. His father also taught him a thing or two about tinkering.

Eventually, they moved to the USS White Sands. At age 15, the Chef of the White Sands recruited him for the kitchen. And at age 17, he was put in charge of the kitchen. Then - in 2399 - he was offered the chance to run Guido's on the Valkyrie.

After the Valkyrie was destroyed, he spent several months on Marva IV, teaching the natives to make the most out of limited food resources. He then opened a new Guido's aboard the USS Pathfinder. It was during this time that Marc fell in love with Erina D'Jaan. They were married in 2401.

At first glance, Marc appears to be a womanizer. This, however, is only a fernier. At heart, he is an old-fashioned romantic. Further more, he is extremely loyal to his wife, Erina D'Jaan.

Marc is a reliable and hard worker. Because of his father's half of his genes, he is a good listener. He also knows how to give advice as well.

POSITIVE: Marc is an excellent barkeep and cook He is also good a fixing things. Despite having no official training, he seems to grasp how machines work.

NEGATIVE: Medicine and Science. Marcus is not a doctor or a Scientist. He simply hasn't inherited his father's skills in those fields.

Like his father, Marc likes to write Holo-Novels. He is currently working on his fourth. His first was published in 2401, while his second and third both came out in 2403. Vale writes under the alias of Ivan Rodgers.

Vale is also an avid amateur pilot. (He inherited this skill from his mother, who was an excellent pilot.) And when he can, he will be found on the holodeck flying ancient Earth aircraft.

Finally - despite not being Human or from Earth - Marc is an Elvis Presley fan.