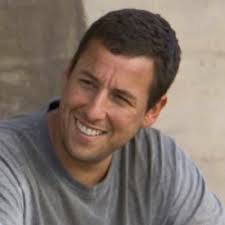 Richard Elliott Tyler was born on March 6th 2372 to a family of farmers, living on the Federation colony of Cestus III. As he grew up, it was found that Richard had inherited his father's penchant for practical jokes that he regularly played on his brothers, Jason and Coy.

At age 12, in an attempt to change his prankster ways, Richard was enrolled in a boarding school, on the planet Alpha Onias IV, where his prankls earned him many demerits and, at one time, a suspension. However, one day, at age 16, a Starfleet recruiting officer arrived at his school to give a lecture on life in Starfleet. This event would evenetually lead to Richard making a decision that would lead to a career in Starfleet.

Upon graduating from school, Richard returned home to Cestus III, where he worked on the family farm for another two years, working the fields and repairing farm machinery. However, age 18, during a family meeting, Richard made the announcement that he had decided to enrol in Starfleet Academy. His family laughed, thinking that he would never make it through four years of training, but Richard stuck by his decision and so, he left the farm, and Cestus III far behind.

At the Academy, Richard earned several demerits for playing practical jokes on fellow cadets that he believed 'deserved' to be pranked. However, one nightm his roommate left his quarters with the expressed purpose of 'getting even' on a professor who made a bad remark about him. Richard decided to go after him and prevent this from occurring. However, he was too late to stop a badly-built firework from destroying the professor's quarters. Richard rushed in and pulled noth the professor and his roomate from the wreckage before being apprehended by a security team.

Richard was blamed on the spot for the prank gone wrong. But, his roommate owned up to being the one responsible. The explosion left his roommate paralysed from the waist down, unable to ever walk again. This incident made Richard realise see how an innocent could be seen as harmful by others and the damage it could wreak. Therefore, he changed his attitude and never again resorted to any further practical jokes.

He finally graduated from the Academy in 2394, much to the pleasant surprise of his family and was assigned to the USS Valkyrie as an Operations Officer.

His first three years of service aboard the Valkyire, so far, has been exemplary. There have been some run-ins with a Counsellor with which he became enamoured with, but these seemed to have died down now.

On Stardate 74495.7, he was awarded a commendation for showing leadership whilst under fire during a mission to an unnamed gas giant.

Over two years later, he was given command of an away mission that led to the discovery of the ruins of the lost civilisation on the moon of Quane. For this incredible achievement, Richard was made Chief Science Officer on Stardate 75046.5.

Sadly, he was only in the position for six months before Starfleet replaced him with the more-experienced Lieutenant Rixy Pall. As a result, Richard had no choice but return to his former position in Operations.

Several months later, the Valkyrie was destroyed whilst recovering the USS Calhoun, which had been stolen by Romulan agents. Following this, he took an extended leave of absence and he took his girlfriend, Susan Watson home to Cestus III to meet his family.

Upon his return, Richard was assigned to the newly-built USS Pathfinder. To his surprise, he found that he was going to be working with the Odyssey's former Chief of Operations, Jonathan Ditch. The two had met previously during the so-called Alto Minos Incident and they had become fast friends.

Together, they managed to bring all of the ship's systems on line in time for her commissioning into service. He then remained on the Pathfinder as her second Assistant Chief of Operations.

Richard Tyler is a very mature man, who tries hard to keep his impulses to play practical jokes under control. He is, possibly, still haunted by the incident at the Academy which almost cost the life of his roommate, but he never lets it show.

Knowledge of complete operational layout of starships. He is also well-versed in all areas of agriculture.

Richard was given the nickname 'Tricky Dicky' by his peers at his boarding school. This has stuck with him all through his life, but he has grown to tolerate being remarked by that nickname.