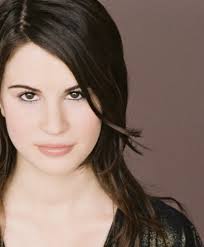 Stacey is muscular young woman who has spent the better part of her life studying martial art from her mother, She follows a strict regiment to keep herself in shape.

Stacey was born in the slums of New London and never got to know either of her parents before they died. She was raised by her uncle who left her to her own whims most of the time. she learned how to be a pick pocket and a thief at a very young age.

When she was twelve years old Stacey was found by Dawn Summers and adopted. She spent the rest of her life aboard the Calhoun learning everything her mother would teacher to the point where she became a sensei herself.

Stacey entered Star Fleet academy and was just entering her second year when her Mother went missing and she returned to the Calhoun to take care of her two brothers. She did most courses on line and when she returned to the academy she was placed in her third year.

When the Sident attacked Earth Stacey was caught in the destruction of the Academy and lead a search and rescue mission through the building.

Because of her high academics and her efforts during the Sident attack she was graduated and sent to the Valkyrie.

For a girl that was raised a thief by an abusive uncle Stacey is very stable and well adjusted. Like her mother she had an overly strong sense of loyalty and honor.

Stacey has spent the better part of her life under the tutelage of Dawn Summers and her freestyle martial arts. Stacey won a gold in the last Olympics and every year she was in the Academy she won the yearly Pankration matches. Like her mother Stacey is also very proficient with bladed weapons.

Stacey has a few hobbies but her favourite is wood working. Stacey has and appetite for the nature and the wild and has been eyeing a cottage on Earth.