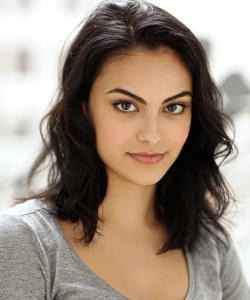 Human female. Somewhat lanky build due to recent growth spurts. She has the same brown-green eye colour as her mother, and long dark brown hair that she tends to wear in braided twin tails.

Krista Montgomery was born on 2392.01.24 aboard the USS Atlantis, where both her parents served at the time.

Moved to the USS Odyssey in August 2395 with her family, and to Yeager Colony in May 2396.

Krista's father Leo disappeared for about half a year when the USS Odyssey went missing in December 2397, and not long after his return, Krista and her family (which at that point also included 'Uncle' Scott Doohan) moved to live with her grandparents on Deneva Prime.

Only a few weeks after the move disaster struck, when the Sident attacked, and Krista's uncle Eric and aunt Lani (her mother's brother and sister-in-law) were killed.

Early 2399, her half-sibling twins Erica and Michael were born, and shortly after, her mother had a mental breakdown due to the effect uncle Eric's death had had on her, and she was hospitalized, first on Deneva, but later moved to a specialized hospital on Betazed because of her part-Betazoid ancestry.

In September 2400, Krista, her cousins Tara and Pallra, and cat Fidget, moved to the USS Pathfinder when her father became that ship's First Officer.

Tabletop roleplaying. Her main character is Kristurr the Dwarven Warrior.

She shares her cousin Tara's interest in taking devices apart to see how they work, though Krista usually is more interested in the science behind it, so not just the how it works, but also why that is the case.

Krista is not fully Human, there is a pretty much negligible bit of Betazoid due to a Betazoid ancestor.