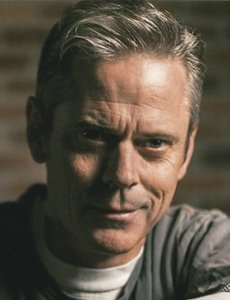 Jonathan Edward Ditch III was born on 28th May 2364 to famed Starfleet captain Stuart W. Ditch and his wife, Angela aboard the USS Tolstoy. At the age of three, Jonathan was present when the Tolstoy was destroyed at the Battle of Wolf 359. Jonathan and his mother escaped the ship before it was destroyed, but his father went down with his ship.

Jonathan joined Starfleet the minute he graduated from college on Earth. There, he discovered a love for Engineering as well as 20th Century history.

Partway through his training, his grandfather, Jonathan Edward Ditch II, passed away and he was left the family engineering business and he had to leave the Academy.
However, several months later, the business was bought out by the Zefram Cochrane Foundation and they turned it into a training company, allowing Jonathan to leave the business and after a period of consideration, returned to Starfleet.
His choice has now paid off, as he graduated from the Academy and was assigned AOPS on the USS Calhoun.

On Jonathan's first mission, he played a crucial part in gathering evidence against the crazed Captain Ann White of the USS Courageous by decoding secret messages from the ship's ASTC.

On stardate 2393.08.28, Jonathan was promoted to the rank of Lieutenant, junior grade and made the Calhoun's Chief of Operations.

He was present during the ill-fated multi-national mission to Becker IV, in which he witnessed the unspeakable atrocity by a fanatical Romulan terrorist which reduced the cities of Becker IV to rubble. This attempted extermination of the Beckan civlisation resulted in the mission's ultimate failure.

In November 2394, he played a large role in the investigation into a terrorist attack on a Romulan starbase being built in the Delta Quadrant.

Another eleven months of work ensued, until, on the 1st June 2395, Jonathan was promoted once more, this time to the rank of Lieutenant Commander.

On 2397.07.12, six months following the desertion of Mr. Freeman, Jonathan was promoted to the position of Second Officer. Jonathan feels that this promotion was richly deserved.

A year later, on 2398.12.24, after a protracted courtship, Jonathan married engineering officer Ensign Dharma Malakoma at her home in Hawaii. But before they could go on their honeymoon, the Sident launched their invasion of the Federation.

During this conflict, the invaders took control of Jonathan's mind, making him send almost the entire Calhoun security team into a bloodbath. Luckily for him, the rest of the crew eventually managed to free him. Despite being badly shaken by the experience, he continued serving by the Captain's side for the remainder of the conflict.

After the war ended, Jonathan was relieved of duty and placed under house arrest due to his being compromised by the Sident. He was held incommunicado at his family home in south west England for the next five months before being released.

Shortly afterwards, Starfleet transferred Jonathan off the Calhoun and made him Chief of Operations aboard the USS Odyssey, under the command of Captain Jeff Jalando. During this time, he participated in the first contact with the Saurian race and led the Starfleet response to the Ythalian crisis.

Following the Odyssey's near destruction in what became known as the Alto Minos Incident, Jonathan was placed on temporary assignment to the Utopia Planitia Fleet Yards. There, he helped oversee the refit of a number of Starfleet vessels, including the USS Broadsword and the successor of his father's ship, the Akira-class USS Tolstoy.

Four months, Jonathan was named Chief of Operations of the newly-built USS Pathfinder. He transferred to the vessel on Stardate 77330.4, two months before her commissioning, to oversee the final installation of her systems. He then took up his position as Operations Manager for her maiden foray into the unknown.

After nearly a year in the role, Jonathan was surprised to receive a transfer request from an old friend of his father's, Captain Ronald Tyrian. He offered him the position of Chief of Operations aboard his ship, the USS Tolstoy. Realising that he now had the chance to rebuild his career, Jonathan clutched the opportunity with both hands.

He remained with the Tolstoy for three years, eventually rising to the role of acting second officer. It was around this time disaster struck. During a survey of Sector 31905, the ship was struck by a quantum filament, killing and injuring many several officers and crew, including Captain Tyrian and his first officer. As a result, Jonathan was forced to assume command and he led the crew in tending to the casualties and making necessary repairs to the ship. He then led the crippled Tolstoy to the nearest starbase, which turned out to be Pandora Station. It was there that he came in contact with his former shipmates from the Pathfinder.

Jonathan is haunted by the memories of Wolf 359. He struggles hard to contain his anger toward the Borg, but he mostly manages to keep that suppressed.

In the months he had been away from the Academy, his attitude seems to have been softened slightly by his responsibilities in running the family business and has returned a lot calmer than he was.

The incidents of the Becker IV debacle have left him a little 'on-edge', meaning that he is probably haunted by the events that occurred on on that mission.

His marriage to Ensign Malakoma heightened his spirits, but this was quickly tempered by the onset of the Sident Crusade of 2399.

Following the conflict, Jonathan has expressed feelings of horror and disgust at his actions whilst he was under enemy mind control. This, plus his recent demotion and forced transfer as well as his separation of his wife has left Jonathan feeling somewhat bitter. However, he remains determined to make amends for his 'terrible deeds' and regain his former position.

Knowledge of complete layout of starships, especially their Jeffries Tubes.

Jonathan is very defensive when it comes to family. If he finds that his family is being threatened, he goes all out to defend them.

He also has a hatred of the Borg, claiming them responsible for the death of his father at the Battle of Wolf 359.

After witnessing the carnage caused on Becker IV, and the attempted extermination of that planet's people by Romulan terrorists, Jonathan has made it his solemn vow, if possible, to bring those responsible to justice.