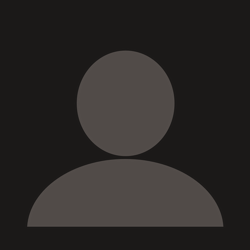 Medium height and build. Deceptively muscular. Appears Andorian, except for her lighter skin color. People have even mistaken her for Aenar. Has deep, black eyes, due to her Betazoid heritage.

Mina's Andorian mother, Guny Byr, tells her she's the product of a drunken weekend. Consequently, Mina never met her father and doesn't even know his name. All she knows about him is that he's Betazoid. This is the source of her empathic abilities.

Mina was a top student and easily passed the entrance exams for Starfleet Academy. She could not decide whether she wanted to major in Flight Control or Engineering. So, she did a double major and still graduated near the top of her class in 2403. Her first assignment was as an Engineer aboard the USS John Paul Jones, a Galaxy-class starship nearing the end of its service life. She served with distinction and rose to the rank of Lieutenant Junior Grade.

When the JP Jones was decommissioned in 2407, she volunteered to consult with the Judge Advocate's General office on the Mars colony as an expert in Engineering. While there, she became fascinated with the law and asked permission to study for the bar. She passed the Mars Colony Bar Association exams in 2410 and was assigned as a defense advocate in the reinstatement case of Lt. Commander Jonathan Ditch.

From there, she secured a posting aboard the USS Pathfinder.

Mina Byr is a genius-level intellect but also, as one counselor expressed it, "a complete flake." She is severely lacking in social skills. Tends to think that anyone who doesn't like her is jealous of her intelligence. She has difficulty communicating with others unless she slows down and concentrates on her empathic abilities. Mina has never had a romantic relationship and shows no interest in having one.

Has no patience with anyone who can't keep up with her. She has supreme confidence in her abilities and intelligence and is usually able to deliver. Expresses a strong dislike for Betazoid males. She has an almost irrational hatred of alcohol and drugs. Exhibits tendencies of obsessive-compulsive disorder, which she struggles with.

Skilled Engineer and Pilot, and fully qualified as both. She's also a certified Attorney at Law and is a member of the bar on Mars. Participated in competitive swimming and gymnastics in school and at the Academy. Has begun studying martial arts.

People don't really like Mina, but she doesn't seem to care. A strong empath when she takes the time to concentrate. Is devoted to her mother and tries to call her regularly, daily if possible. Talks almost constantly, muttering under her breath when nobody is listening. Only sleeps two hours a night on average.